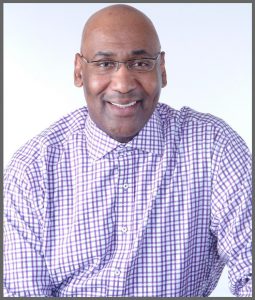 Background
The Reverend Dr. John E. Montgomery, II was born in Shreveport, Louisiana and reared in New Orleans, LA. He was baptized at the age of nine and accepted his calling at age thirteen. He began preaching the gospel at the young age of fourteen.

Education
Dr. Montgomery is a 1978 graduate of Booker T. Washington High School in New Orleans, LA where he excelled in Public Speaking and on the football team. He later attended the University of Southwestern Louisiana in Lafayette, LA, with a major in Psychology and minor in English.

Dr. Montgomery was ordained at the age of twenty-one (21) by the Union Sixth District Missionary Baptist Association. His religious training was obtained at Bishop College in Dallas, TX, Union Baptist Theological Seminary in New Orleans, LA., and New Orleans Baptist Theological Seminary. He received his Doctorate of Divinity on June 8, 1990 from Capital City Religious Institute. In June 1999, the Christian Bible College of Baton Rouge bestowed upon him an Honorary Doctorate of Humane Letters in Theology.

Since November 1988, Reverend Montgomery has served as Pastor of the Greater King David Baptist Church in Baton Rouge, Louisiana. His concern and interest for the community that he serves are far reaching. Under his leadership, Greater King David is now recognized as One Church ministering in two locations- the North Location, located at 222 Blount Avenue and the Inner City Location at 7305 Harry Drive. Pastor Montgomery is also founder of the Movement of Christ Worldwide Ministries, which has as its theme, “Circling the globe with the glory of the gospel.” This movement involves the Master, His Mind, Mission, Means and Methods and is a way of life, which covers the total church. Greater King David has a membership which exceeds seven thousand and more than 50 ministries that “minister to the needs of all people through the love of God thus executing the Church’s Mission.

Reverend Montgomery has ministered the uncompromising word of God throughout this city, state, and nation by way of speaking engagements, revivals and through radio and television broadcast. He is married to Lea Maria Polk Montgomery, and has two children, Cierra Monet and John E. Montgomery,III.